As an entrepreneur, small business owner, freelancer-writer-who’s-actually-making-money, where your business is established (or where your permanent residency is) matters. A lot. In the US, there are various pros and cons state by state. There are a few states with zero income tax at all—which means you only pay federal tax (not state). This can make or break a small business, especially when you compare the nine percent income tax in Oregon to the zero percent in Washington State (for those of you not in the Pacific Northwest, Portland, Ore. and Vancouver, Wash. are just a few minutes away. It’s also why my residency is in Washington).

There are other states like Nevada and Delaware that offer the same zero-tax allure. However, it’s not just income tax rates (or lack thereof) to consider. The “richer” a state is, the more support for entrepreneurs you’re likely to find. California, even with Silicon Valley hanging on for dear life, is a notoriously broke state with high income taxes. The cost of living in startup-rich areas is also through the roof. Then there’s the sales taxes (as an Oregonian, I have to toot our “no sales tax” status here).

I’m just using California as an example, and this doesn’t mean you shouldn’t consider the Golden State for your startup. Maybe it’s necessary that your tech-based startup is close to some of the best talent in the industry. Perhaps your partner is finishing a graduate program, has a geo-based job they adore, or you’re committed to taking care of an aging parent. Where you establish your business/residency should be a priority—but it’s not the only one.

However, for the entrepreneurs with few strings and commitments, there’s also the option of moving abroad. I personally have enjoyed “foreign income exemption” three times in my life while living in the UK, South Korea and Costa Rica. This is a means of legally avoiding the majority of federal taxes and income taxes via becoming an ex-pat. Of course, there are rules.

The US has agreements with a number of countries in order to avoid doubly taxing American business owners. The idea is that you pay taxes in your adopted country (the rates, means of doing so, regulations and details are up to you and your CPA to figure out), which takes the place of most US federal taxes.

By being outside the US 330+ days per year, it doesn’t matter if you live abroad and 100 percent of your clients are in the US. You’re considered an ex-pat with residency in another country, and the only federal taxes you have to pay are Social Security and Medicare (there’s absolutely no getting around these) up to a certain point.

Nothing Certain in Life but Death and Ta—Actually, Just Death

There’s a cap on how much of your total income is exempt with this maneuver, but in 2014 it was $94,500. That’s a pretty big chunk of your income to avoid the majority of taxes. Plus, play your cards right and you can find a country that’s paradise to you with seriously low cost of living. With the influx of virtual offices, you can earn an American salary (with US clients) while taking advantage of a cost of living on par with what your parents recall from their childhood.

No matter where you establish your business and/or residency, don’t let convenience dictate what you do. Do the research, consider the possibilities, and work with a reputable CPA to map out the best plan for you. 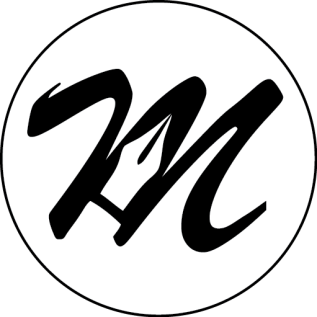