As writers, we’re cloaked in stigmas, myths, stereotypes and clichés—and like it or not, it’s our responsibility to dispel them, break them, and project a professional image that counteracts negative connotations. I’ve personally known some writers who used their profession or hobby to excuse alcohol/drug abuse, not supporting themselves financially, or as a dictation of their moods (They got published? They’re flying high. They got a rejection letter? It’s going to suck to be around them for the next two weeks).

I’m not saying I’m immune to this, either. “Writers have issues.” “Writers need inspiration to work.” “Writers are moody.” It’s kind of like blaming your Zodiac sign on a personality trait, characteristic, or bad behavior—when you can shift the blame to something beyond yourself, it’s pretty easy to indulge guilt-free.

Here are some of the classic writer stereotypes out there and why they need to go:

Some of them are. There are also architects, teachers, full-time parents, police officers and CEOs who are alcoholics. There are even complete books focusing on the relationship between writers and alcohol(ism). However, alcoholism is a disorder (sometimes genetic) that anyone can potentially struggle with. Regardless of whether statistics show writers are more likely to abuse alcohol than other types of profession, that doesn’t make it an excuse.

I’ve personally had people tell me, “You should try writing drunk!” The stereotype that writers are drunks who do their best work under the influence is a dangerous, seemingly accepted idea. Luckily for me, the few times I’ve tried writing after a glass of whiskey (let alone being drunk!), the result was total garbage.

You can point to Sylvia Plath, F. Scott Fitzgerald, Mark Twain or a slew of other greats to back up this point. However, depression is becoming a more and more common diagnosis—some say because more people are seeking help and there are better avenues for a diagnosis. Few professions beyond writing encourage people to put their innermost feelings naked on the table for the public to peruse, tear apart, and read into.

Depression is a chemical imbalance that may require medical intervention. It’s not feeding your creativity or writing chops, so don’t think treating it will make you a worse writer.

Some certainly are, and there are also broke attorneys, executives, and even movie stars. Your college degree and/or profession won’t dictate your earnings—your ambition will. With a BA in English and a master’s in writing, I was asked one of two questions during my studies: 1) So, you’re going to teach? or 2) What kind of job can you get with that degree? (Don’t get me wrong—teaching is an extremely challenging profession but I have no interest in it or talent with it!).

Fortunately for writers, we’re in the digital era where every single business is realizing they need professional writers. It’s no longer an indulgence or optional. Certain types of writers, like those who specialize in SEO, can earn six-figure salaries. Others go on to start their own content writing business and breach the million dollar mark. Still others are adamant that they’ll make it big selling a screenplay and barely break the $20,000 mark every year while living off their spouse. Success and failure hinges on what you do with your talents, not your talents themselves.

All type of people sleep around—and it’s getting easier and easier with apps like Tinder and hookup sites like Adult Friend Finder or Grindr. This doesn’t mean all people sleep around of course, or that there’s anything wrong with a lot of sex/sex partners if safety and honesty is part of the picture. However, there’s not one “type” of profession that’s more prone to infidelity than another.

But here’s the thing: Writers like to (surprise!) write about their life. Their passion. What enrages them and turns them on. Simply put, writers are more likely to share their sexual stories with the world than, say, a plumber. Unless of course said plumber regularly stars in “I’m here to clean your pipes” type of films.

What are some writer stereotypes you’ve encountered? 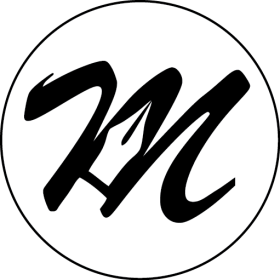